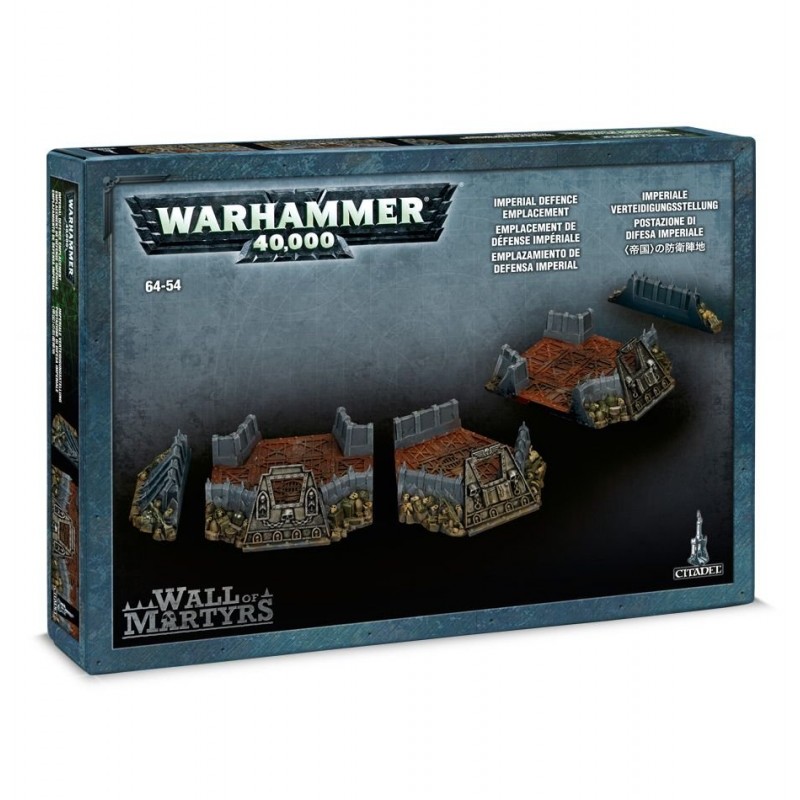 Throughout the Imperium, humanity defends itself against the onslaught of xenos and heretics, and the imperial defense site is one of its typical bulwarks against such aggressors. The Imperial Defence Site consists of fortified platforms, as well as ancillary entrenchments. The whole is enriched with many details, such as the bones of deceased Cadians, abandoned weapons, imperial eagles and other symbols of the Imperium of Humanity. There are also crates of ammunition, shovels, hatches and rivets. The Imperial Defense Location is a weight addition to any Warhammer 40,000 collection. It can be combined with other Wall of Martyrs kits, including the Imperial Defense Line and the Imperial Bunker; together, they form a vast defensive network for your battlefield. Kit to assemble and paint - we recommend using Citadel Plastic Glue and Citadel paints.

Price CHF23.90
Quick view
Please select all of the options