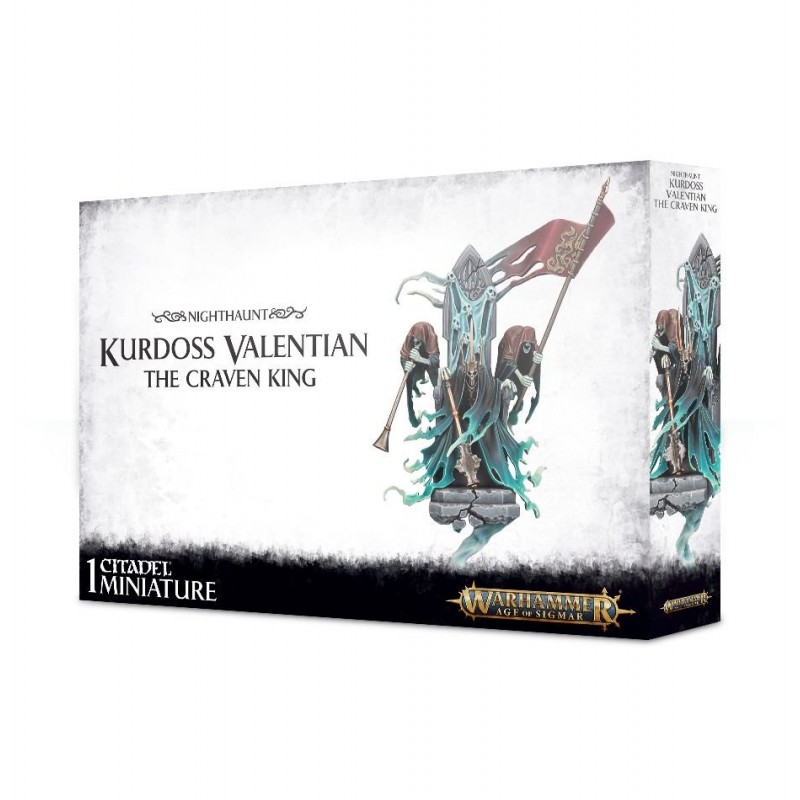 CHF45.90
Main Features The False Lord - Lady Olynder Inerte's cursed lieutenant and avachi, he is endowed with the Sepulchral Sceptre 2 ghostly heralds accompany him and attack with their spectral claws Read more
In stock

During his lifetime, Kurdoss was driven by a brutal desire to rule, and was guilty of many misdeeds to take power. Nagash ensured that Kurdoss's dream remained forever a sham by condemning him to obey Lady Olynder. The fateful presence of Kurdoss Valentian is heralded by a sinister trumpet ringing and the proclamation of his worst villainies. King Veule remains motionless and silent on his floating throne until he comes into contact with the enemy, and it is then that he implements his sepulchral scepter by mercilessly slaughtering everything his queen commands him to kill. This plastic kit contains the components needed to assemble Kurdoss Valentian, the Craven King. Inert and silent on his dilapidated and cracked throne, Kurdoss is a arched and avachi character who nevertheless exudes an aura of pure threat, with his sinister three-pointed crown that masks his face like a hem. He stands at his throne with one hand and brandishes the Sepulchral Scepter with the other - far from being a ceremonial object, it is a real weapon made to crack the skull of anyone who irritates Kurdoss. He is flanked by his Spectre Heralds, forever linked to his service - one as a standard bearer, the other as a trumpet ringer. The contoured forms of tormented souls rise above Kurdoss, and the entire figure is carried by a column of ethereal energy that attaches to the base. This kit comes in 19 components, plus a 60mm Citadel round base.