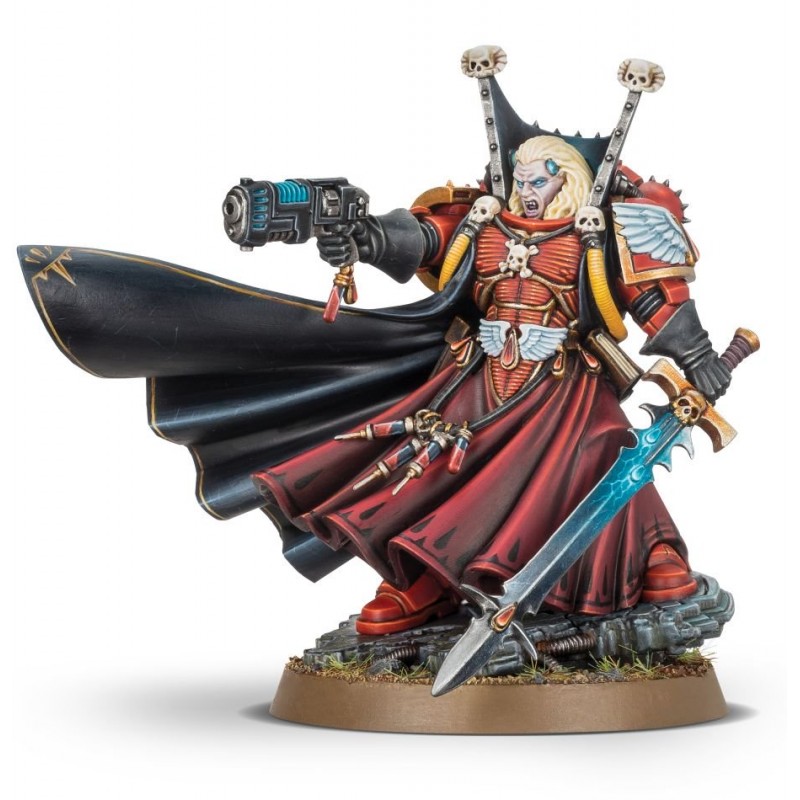 CHF48.90
Key Features Put at the head of your Blood Angels their Chief Librarian Punish your enemies with devastating psychic powers...... or mow them down with his sword of force, Vitarus Read more
In stock

A figure of fear and respect among the Blood Angels, Chief Librarian Mephiston has the will and power of one who has triumphed over what no other Blood Angel has overcome. Mephiston came close to death and defeated the Black Rage, the curse that has afflicted the Blood Angels and their successors for millennia. By crossing the Rubicon Primaris, Mephiston demonstrated that his Chapter accepts his new battle brothers, and he lui-même become stronger than ever. As Chief Librarian of the Blood Angels, Mephiston is a fearsome shrinker, just as capable of mowing down the Emperor's enemies with his force sword, Vitarus, as with the fiery rais of his plasma pistol. Mephiston can be assembled pointing his pistol with his right hand, or wiping his mouth from the back of his gauntlet - could it be blood dripping from his canines? This 16-component plastic kit assembles a Mephiston, Lord of Death, and comes with a 40mm Citadel round base.

 
Please select all of the options