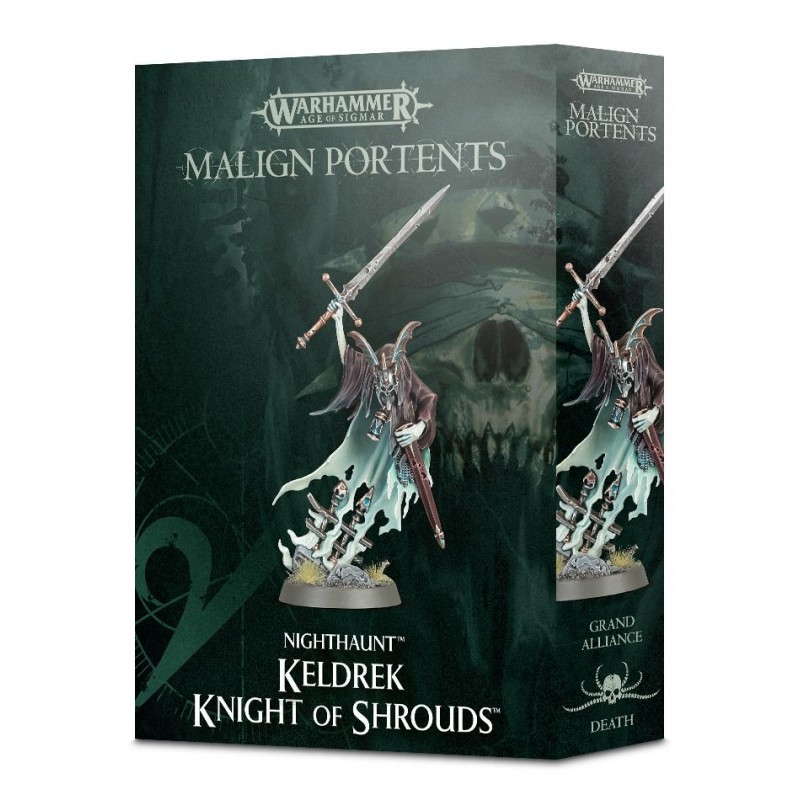 CHF39.90
Key Features A Tragic Felon Doomed to Serve Death Forever Supernatural, Sinister and Ectoplasmic Figure The Sword of Stolen Hours Heals Him When He Kills Heroes More
In stock

The Knight of Shrouds is a traitor, a renegade who was called to rule in Nagash's dystopian hell rather than serve in Sigmar's celestial armies. He has traded his soul for the commandment of a powerful ost of the undead. In battle, Keldrek commands a strong party of Nighthaunt ghosts, during his travels he gathers in his wake the forces of the dead, and he dispenses justice to the lost. The bite of his blade is as icy as his immortal heart. This plastic kit contains the necessary components to assemble Keldrek, Knight of Shrouds. This exceptionally sinister character is little more than an empty shroud in rags, and he just wants to join any collection of Death. Some clues bear witness to the presence of a malevolent spirit- the imposing winged hem from which no gaze pierces, just the emptiness, and the jaded arms of the subject. In the right hand, the Sword of Stolen Hours is a horrible artifact as great as a man who prolongs Keldrak's non-life every time he steals a soul, and in his left hand, the sheath of said sword; the scratches and decrepitude of these two objects testifies to centuries of use. An hourglass hangs on what should be Keldrak's neck, as a grim reminder of his immortality. Its base features a crumbling wall topped by a barrier over which Keldrek floats. Keldrek comes in 5 components, plus a 32mm Citadel round base.