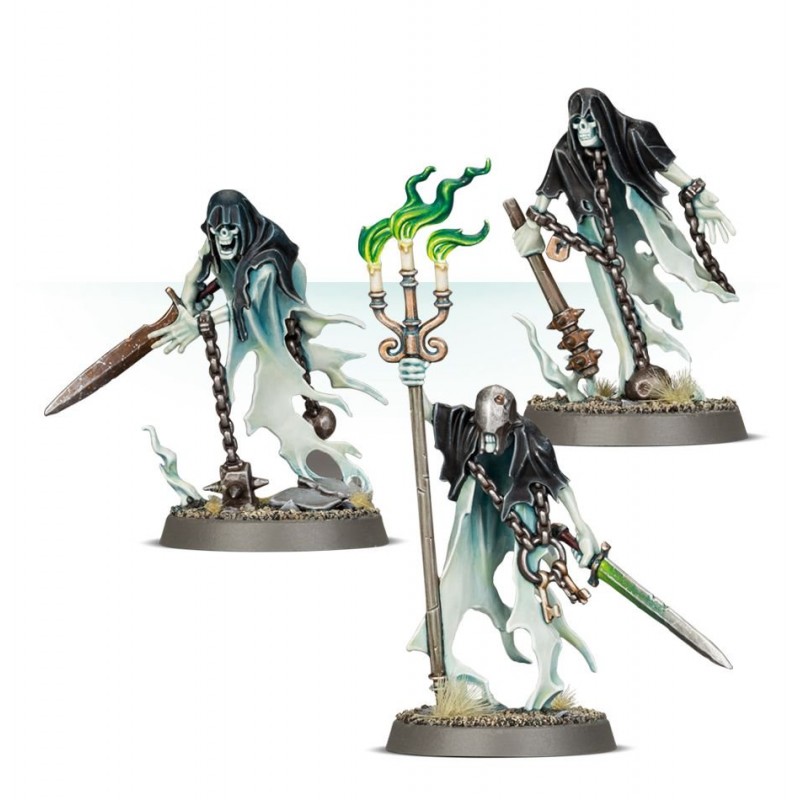 CHF38.90
Key Features Vindictive spirits that have taken shape by the sheer force of spite Rare are those who can survive their icy contact as the tomb 10 figurines to nest, with options to make a chef Read more
In stock

The most numerous spirits of the Nighthaunt processions form the Chainrasp Hordes. These spectra were created from the souls of the most evil and unrecoverable criminals of the Mortal Kingdoms. The spectres of the Chainrasp Hordes are inferior spirits, whose existence is due only to their eternal grudge and the negative energy of their insanity, which undermines the combativeness of their victims. The Chainrasps may have believed that death would be a way to escape their punishment, but in truth it was only the beginning. Designed to be as easy as possible for new hobbyists while being detailed enough to appeal to the most demanding veterans, this kit can assemble 10 members of Chainrasp Horde. To be followed, without necessary bonding, it is disarmingly easy to assemble. Like many Nighthaunts, the Chainrasp Hordes boil down to ethereal forms that have taken shape by the sheer force of hatred. Their members evoke floating shredrs from under which are lurking malevolent skulls; the figurines hang around the neck or arms of the chains that evoke their past life of crime and debauchery (a figurine even has a shackle on the wrists...). Each is equipped with a malignant weapon - axe, sword or scourge - and the kit contains options for mounting a Dreadwarden; he is the head of the unit, carrying an iron hem, a three-branched candelabra and a set of heavy keys. This kit comes in 20 components to nest, plus 10 25mm Citadel round plinths.