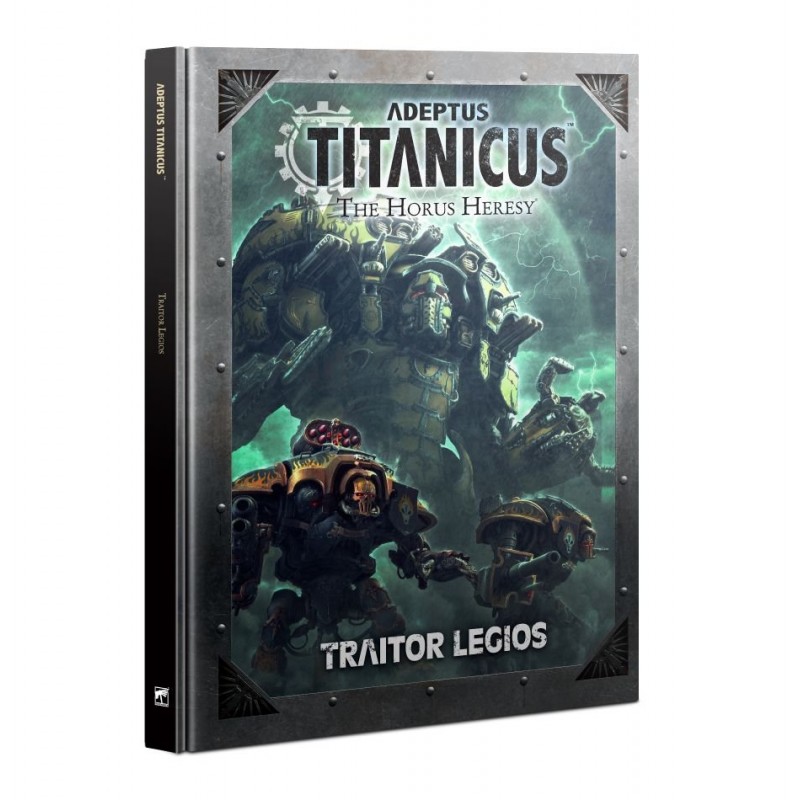 When the Warmaster turned against the Emperor of Mankind, dragging the Imperium into civil war, the Titan Legions were also divided. Across the galaxy, Titan Legion turned upon Titan Legion, and worlds quaked beneath their tread. Many Titan Legions followed the Warmaster into treachery, whether out of a desire for power, for access to knowledge forbidden by the Emperor, or simply because their forge world deemed Horus more worthy of its support. Regardless of their motivations, the Traitor Titan Legions proved an indomitable foe, bringing death and destruction down upon the Loyalist forces.

This book gives your Traitor battlegroup everything they need to march in your games of Adeptus Titanicus. It includes a wide array of maniples to use as the core of your force, alongside background and rules for many of the Imperium's most notorious Titan Legions and Knight Households. If you want to march your twisted god-machines to the very gates of Terra and tear them down, this book is your essential reference.

– Revised rules for assembling your battlegroups

– 19 different maniples to use with your Titans

– Background and rules for fielding Corrupted Titans, mutated god-engines fielded in the latter days of the Horus Heresy

– 51 Stratagems for use by Traitor battlegroups

– A comprehensive list of weapons available to each Titan, including weapon traits not featured in the core rulebook

Horror in Arkham - The Legacy of Dunwich